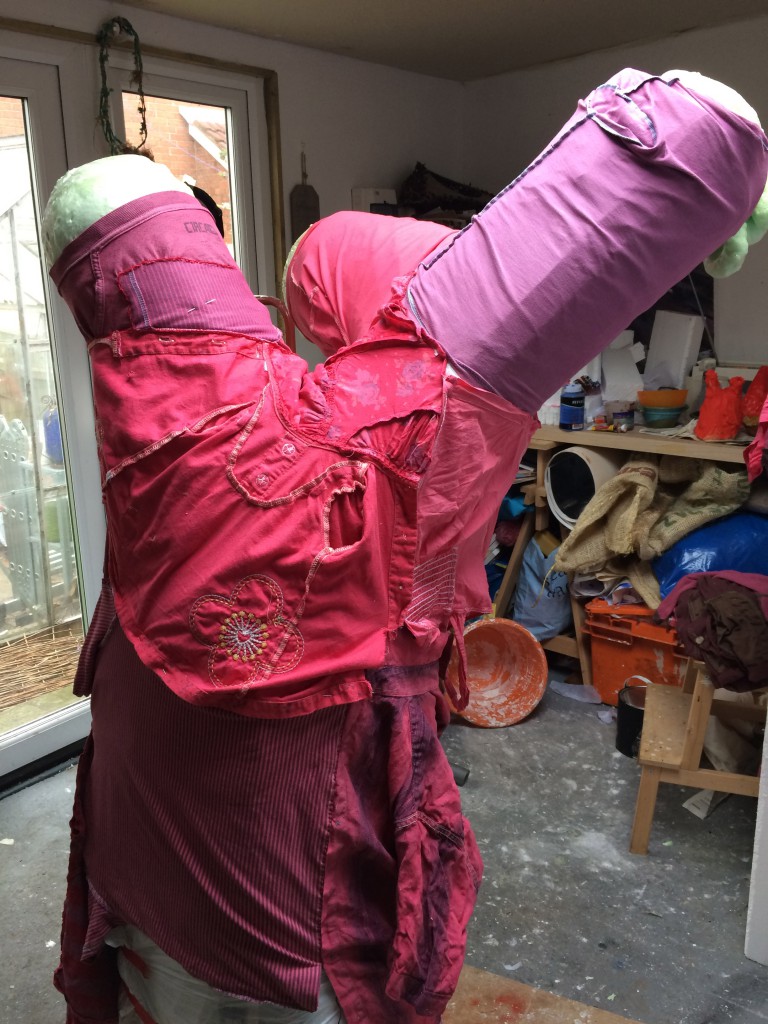 I’ve been on a number of journeys over the last month both physically, visiting friends in new places, as well as with the materials I’ve been using. It is interesting that I’ve called this weeks writing ‘Home’ as that is what I seem to have done both physically and metaphysically.

Whilst investigating how to make my work weather proof but still feel like my own work. I’ve looked at a range of things from grease proof paper to fibre glass non of which seems to resonate, feeling too contrived. Then I remembered that actually my work doesn’t need to be permanent, it can deteriorate over time, being in the elements just speeds up the process.    As such I have returning to cloth and clothing as a way of covering the piece, wrapping and protecting it in ways that are familiar in my work. The use of second hand clothing a deliberate choice in both supporting something new, patching up of something broken and the contribution of others to a new life – the idea of the transplant perhaps?

I’m pleased with this idea although the red dying process (as you can see) has produced a range of colours, reacting with various existing dyes. The expanding foam that fills the open areas plays with the idea of flow, pressure and the body. It also feels familiar as it works in a similar way to dough – although dough smells nicer and isn’t so harmful!

I have attempted some sort of ‘water proofing’ by covering the strucutre with plastic charity bags wrapped with red tape, which if exposed will produce an interesting affect. If it is very wet the structure is likely to collapse under it’s own weight.

It isn’t finished yet so it may not make the cut – but I am encouraged enough that I might make another. 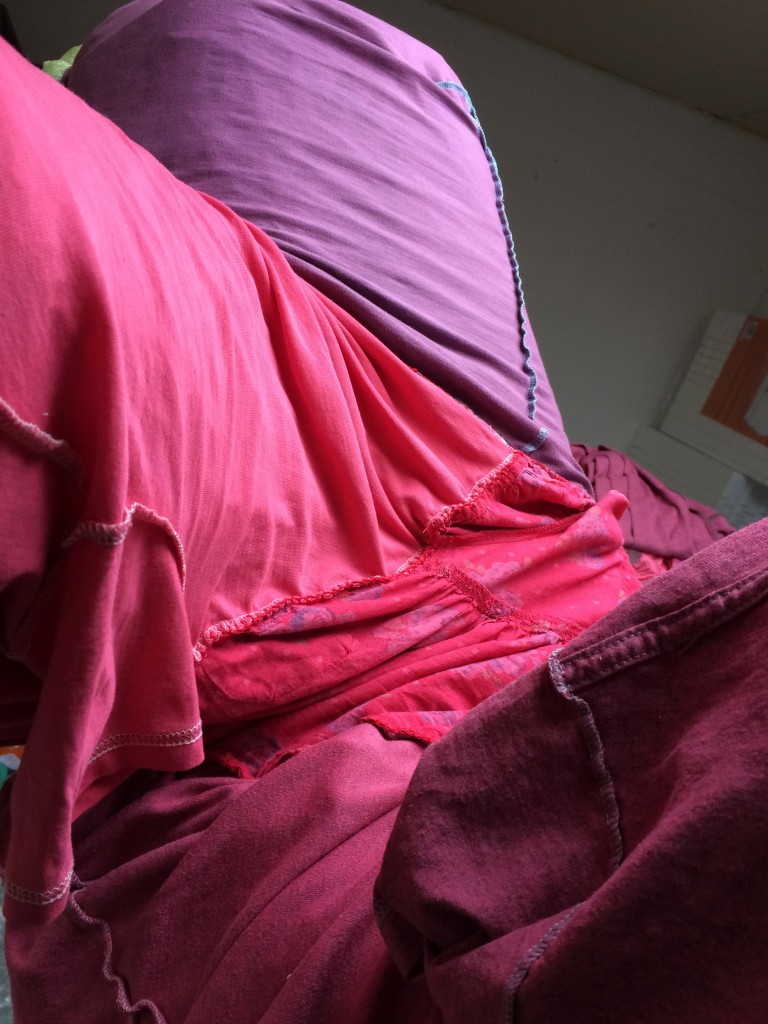 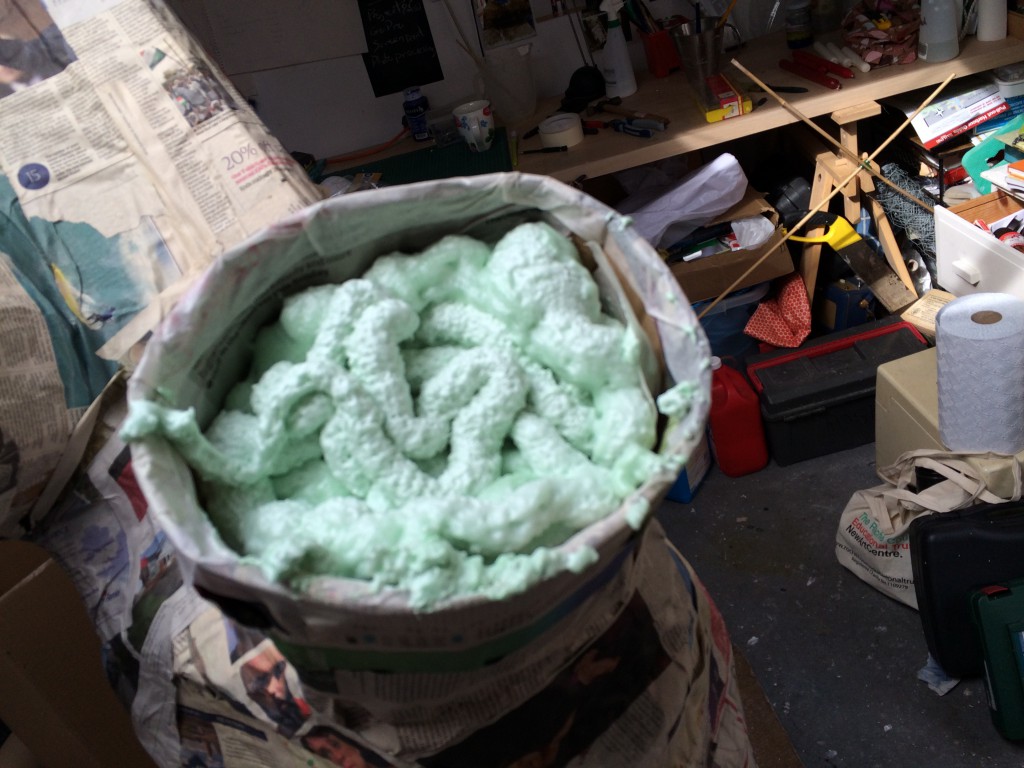 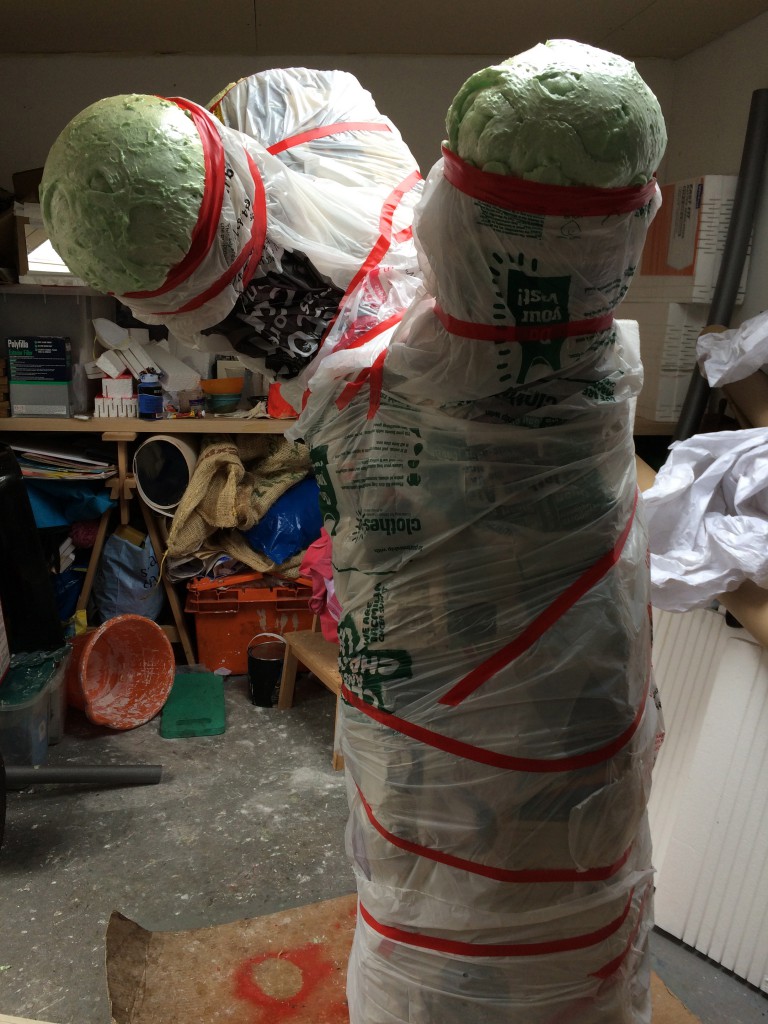